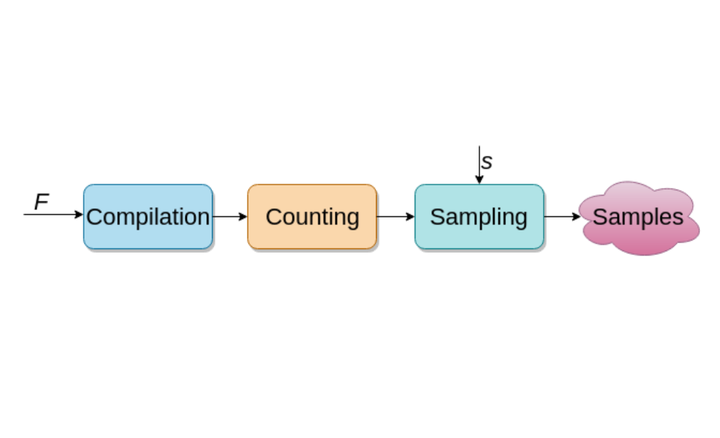 Uniform sampling has drawn diverse applications in programming languages and software engineering, like in constrained-random verification (CRV), constrained-fuzzing and bug synthesis. The effectiveness of these applications depend on the uniformity of test stimuli generated from a given set of constraints. Despite significant progress over the past few years, the performance of the state of the art techniques still falls short of those of heuristic methods employed in the industry which sacrifice either uniformity or scalability when generating stimuli. In this paper, we propose a new approach to the uniform generation that builds on recent progress in knowledge compilation. The primary contribution of this paper is marrying knowledge compilation with uniform sampling: our algorithm, KUS, employs the state-of-the-art knowledge compilers to first compile constraints into d-DNNF form, and then, generates samples by making two passes over the compiled representation. We show that KUS is able to significantly outperform existing state-of-the-art algorithms, SPUR and UniGen2, by up to 3 orders of magnitude in terms of runtime while achieving a geometric speedup of $1.7\times$ and $8.3\times$ over SPUR and UniGen2 respectively. Also, KUS achieves a lower PAR-2 score, around $0.82\times$ that of SPUR and $0.38\times$ that of UniGen2. Furthermore, KUS achieves speedups of up to 3 orders of magnitude for incremental sampling. The distribution generated by KUS is statistically indistinguishable from that generated by an ideal uniform sampler. Moreover, KUS is almost oblivious to the number of samples requested. 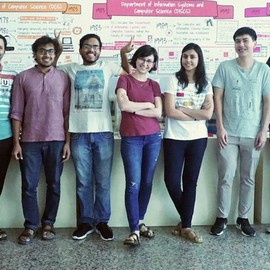 Welcome to the Meel Group’s web page. We are situated at National University of Singapore.